Its originality at the beginning of this year was even proven by Milan’s court with its decision to cancel 4 Italian patents presented by other company for stretch film winding. 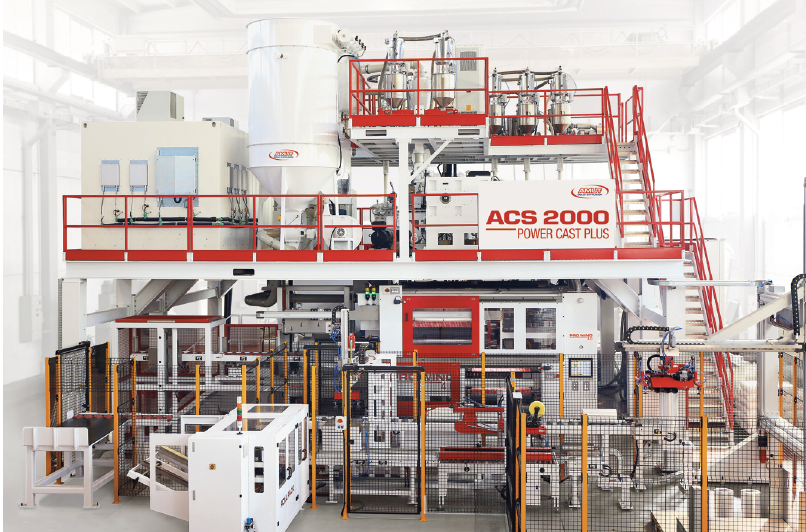 This court decision is very important, but the most important aspect for AMUT is the customers’ appreciation of this winder, resulting from the purchase orders for it.

The PROWIND winder concept allows its installation on whatever Cast Film Line, not depending on who it is manufactured by, resulting in high increasing of line output, state of the art shaped rolls and possibility to produce inline all three types of rolls: handy, machine and jumbo rolls, with roll maximum weight of 55 Kg.

Mr. Modlinski, president of Cast S.A. says: “Before purchasing the first PROWIND unit, being the same probably most expensive on the market, we checked all the various winders produced and offered in Europe. At that time, we thought that decision to go for PROWIND, considering the cost of the same, would have been approved by a significant increasing of our production output and by a remarkable improvement of our rolls quality. But we could not even imagine that, with this new PROWIND

winder, our continuous production output with 17micron film on our existing 1500 mm wide, made in 2011, would have reached over 900 Kg/h. During the winder commissioning in our factory we run different tests with the different formulations and we reached an impressive output of over 1100 Kg/h net. And this is only because of the extrusion section that we could not increase more but if the extrusion section would allow, with this winder we could easily reach even 1200 Kg/h net on 1500 mm wide machine.”

As a result, an additional purchase order for 2 more units of PROWIND was done by CAST S.A., the installation of which is scheduled for the second quarter of this year.

Besides this two units for our Polish customer CAST, within the second quarter of this year AMUT will deliver different PROWIND winding units to be installed on existing lines around the globe from Czech Republic to Malaysia.