23rd International Fair of Plastics and Rubber Processing, PLASTPOL has attracted the always-growing number of foreign exhibitors – this makes the expo a must-attend event which has become a permanent fixture in the global industry’s calendar

Those who have visited the International Fair of Plastics and Rubber Processing held for the 23rd time in Targi Kielce needs not need to be convinced that this is Poland’s largest plastics industry event.

PLASTPOL has attracted the always-growing number of foreign exhibitors – this makes the expo a must-attend event which has become a permanent fixture in the global industry’s calendar. In 2019 the Kielce plastics processing trade fair has reported the three-times record. Or it is better to say – the record to the power of three: the largest exhibition space ever, the largest number of exhibitors and visitors. 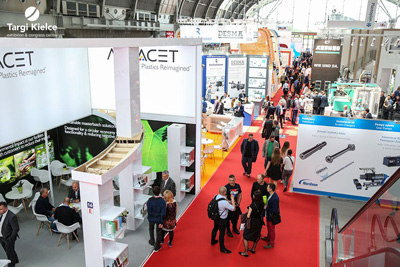 From 28 to 31 May the 7 Targi Kielce exhibition halls were the showcase for 910 exhibitors (2018 – 812) from 42 countries (2018 – 39).Over 17 500 square meters of the exhibition space were the display for the industry leaders from 4 continents who presented their offer. The four-day event attracted 19.760 business-insiders and professionals.

For the first time, PLASTPOL expo has been the display for the national exhibitions of Austria, the Czech Republic, Switzerland, Portugal and India. The original expo stands attracted the visitors’ attention. The expo abounded with interesting presentations, including those from Japan – the Japanese boots showcased a plethora of machines. The India’s expo stand showcased the offer of as many as 9 companies from that country. Likewise, there was a numerous representation of entrepreneurs from Portugal – PLASTPOL 2019 hosted 10 companies which proudly presented their latest achievements. Visitors had the chance to see a rich and diversified offer of exhibitors from Turkey and China – there were many more exhibitors from these countries compared to last year’s expo. For the first time, an exhibitor from Georgia showcased at the Kielce trade show.

The conferences and the panel debate at Targi Kielce

The first trade fair day was held under the banner of important conferences and discussions. Following the many-year tradition, the PlasticsEurope Foundation presented the latest industry data for 2018 – the Targi Kielce expo was the arena to present the latest data. It was clearly demonstrated that the plastics processors’ demand has increased both in Poland and in Europe.

– According to estimates, Poland’s 3.6 million tons demonstrates over 7% increase, while it is only 0.3% increase in Europe  – said the managing director Kazimierz Borkowski during the conference which was open to the general public – (…) Poland remains sixth in Europe’s ranking.

The conference continued with a panel debate “Plastics under pressure”. The discussions encompassed the position of the industry in the era of increased awareness plastics and the associated risks. The session was attended by Professor Engineer Artur Bartkowiak PhD. Hab from ZUT in Szczecin, Kazimierz Borkowski from PlasticsEurope Polska, Andrzej Kubik representing Replas Recycling Plastics, Mariusz Musiał from ALPLA Poland and Jaap Rabou, from Basell Orlen Polyolefins.

The first day of the fair also saw the consecutive conference in the series of “Ecological and special plastics – new opportunities” organised by the Łukasiewicz Research Network – the Institute for Engineering of Polymer Materials and Dies. Bioplastics and biodegradable materials, certification of plastic products and special plastics with increased resistance to temperature – these are just some of the topics discussed in the session.

Targi Kielce International Fair of Plastics and Rubber Processing PLASTPOL 2019 was the meeting platform for waste management clusters from Poland, Hungary and Slovakia. On the second market day, 29 May there was the conference – the Cluster Business Forum organised the project: “Internationalization of the Waste Management and Recycling Cluster through the Cluster’s partners and introduction of new eco-products into foreign markets.” The meeting encompassed the limits of recycling in circular economy and the increased the role of entities which introduce plastics into the market and their financial responsibility for the system. The need to improve selective collection of secondary raw materials were also discussed.

The PLATINUM PLAST gala ceremony has accompanied the PLASTPOL for years –  this is when Targi Kielce Medals and distinctions in the product category are awarded. The jury panel also appreciated the unique exhibition presentations. In 2019 as many as four Targi Kielce Medals were presented to exhibitors from Germany.The two products awards in the four categories went to Polish entrepreneurs. The gala was also the occasion to present the Waste Management and Recycling Cluster  certificates for eco-products presented within the scope of the PLASTPOL trade fair.

The PLASTPOL gala was also the chance to announce the Omniplast competition laureates – the knowledge contest has been held for many years during the trade show. OMNIPLAST is organised by the tworzywa.p portal Jacek Łyżwa from Plastoplan is this year’s unquestionable winner, Maciej Mikita from Resinex Polska was the runner-up followed by Tomasz Pyrek from the DRP Group.

The PLASTPOL has invariably been accompanied with the PLASTECH INFO technical seminar – also the 23rd PLASTPOL attracted keen listeners and industry professionals. The two days’ seminar discussed issues related to the biodegradable materials market – legislation, applications, trends and perspectives. Much attention was also devoted to an economic approach to production processes.

PLASTPOL – a truly international event which brings together the whole industry

PLASTPOL 2022 – a turning point for the processing industry 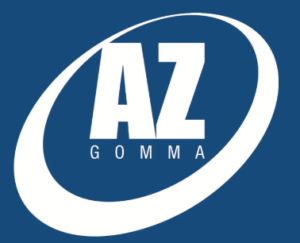