The trend to limit the use of plastics is balanced by recycling and lightweighting, concepts that drive the production of machines

The trend to limit the use of plastics is balanced by recycling and lightweighting, concepts that drive the production of machines. These require state-of-the-art components to be efficient: particularly in the extrusion segment, which is a cost effective transformation process, it is essential to take into account materials, components and support equipment to optimize performance and product quality. 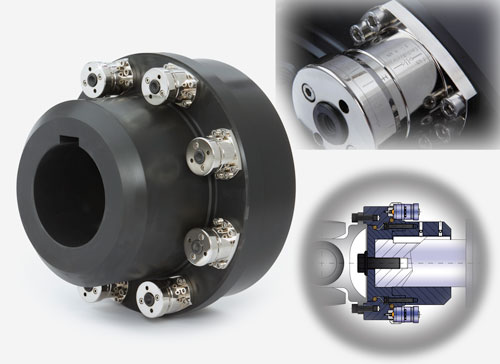 The tendency to limit the use of plastics in certain sectors has inevitably influenced the market trend for machines for the production of objects made of this material. But new growth opportunities for the sector come from circular economy and the fight against polluting emissions.

Although the development of the sector has slowed down in the last two years, this has occurred after a long period of growth, during which the industry strengthened allowing companies to invest in research and development of new technologies.

The very current theme of circular economy represents for the entire sector an opportunity for considerable development, provided that the industries propose plants in an Industry 4.0 perspective, with production cycles based on energy saving and the ability to reprocess recycled plastics.

Such machinery will require cutting-edge components.

R+W Italia is well aware of this, and already has products in its catalogue able to meet the needs of manufacturing companies. Machinery for plastic recycling can in fact reach maximum efficiency if equipped with cutting-edge devices such as torque limiters, able to prevent machine downtime by coming into operation when an overload should block the plant. Without torque limiters the risk of failure or breakage is very high; similar accidents can stop the entire production and affect the competitiveness of the company.

Zero emissions for cars can also be a chance: the increasingly stringent limits on emissions of nitrogen oxides, hydrocarbons, particulate matter, carbon monoxide and, more recently, even CO2 imposed by the EU on cars will boost the use of plastics in the automotive sector. Actually, plastic is the ideal material for reducing the weight of cars, which translates into lower consumption and less polluting emissions. 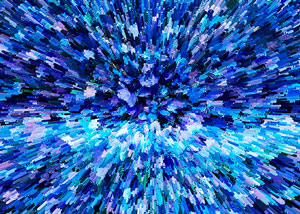 Among the plastics processing technologies, extrusion is of particular interest, aimed at the production of finished products for industry or for applications dedicated to the final consumer: it is a process characterised by high levels of integration.

This property means that the implementation of this process can open up two typical scenarios:

Among the main critical points of the process is, for example, the optimal temperature control of the extruder. Incorrect temperature regulation would, in fact, lead to the inappropriate formation of the polymeric compounds used, inefficient cooling of the feeder, incorrect melting temperature at the extruder outlet, the extractor at the end of the production line being operated at the wrong speed or any other incorrect operating condition in combination with the others.

In addition to the activity of setting the production parameters, there is also the programming all the ordinary and extraordinary maintenance operations. These activities will turn out to be optimal in the management of a production line, where a correctly designed plastic extruder operates. For such a machine, the optimal choice of the drive components by the designer is a determining factor for the achievement of both the pre-established productivity levels and the quality of the final product.

The choice of components is also fundamental in achieving the appropriate performance levels of the plant, in terms of synchronism of the timing of the individual production phases, in order to further ensure product conformity.

Figure 1 shows the functional scheme of a plastic extrusion plant.

The molten material is subsequently forced through the opening of the die plate. The resulting profile is then cooled down: further passages of the profile are possible through a series of dimensioning plates or forming tools, in order to obtain the final shape of the product section.

The excess heat from the profile is then removed by means of cold water baths, compressed air jets or contacts with cooling surfaces, in order to achieve the appropriate levels of dimensional stability before the final stages of production.

Components and functionality of a plastic extruder

The components of an extruder can be schematically represented as in Figure 2; this schematization is valid both when the extruder is a single machine and when it makes up the entire production line.

Consider the system shown in Figure 3.

The main task of the cylinder is to house the screw and to provide the development path to the die for the production of the desired profile. Consider the system shown in Figure 4.

The design of the extruder screw is such as to allow the subsequent dosing and gradual melting of the plastic material pellets; at the same time, the screw exerts pressure on the material with consequent stress along its axis. During the rotation of the screw, the resin pellet is subsequently dosed by its threads and gradually melted, developing pressure along its path.

The design of this component requires, however, further investigation and preliminary investigations during research and development activities.

Figure 5 shows the results of a transient multi-phase simulation of mixture distribution quality. This type of simulation integrates, for example, the results of the biphasic transient simulation shown in Figure 6, which allow the calculation of partially filled screw sections according to the Design of Experiment (DOE) prerogatives. 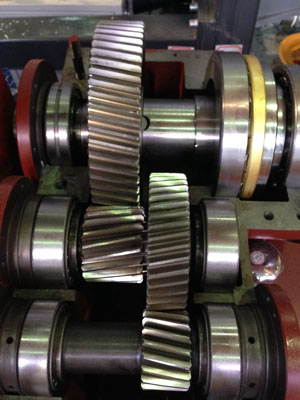 The evident complexity of the use of such simulation techniques is further increased when the contribution of flow heat and pressure, both increasing as the material reaches the die, are considered. These factors are crucial in the design of twin-screw extruders, as shown in the simulation results in Figure 7.

The thrust bearing sizing considers its positioning between the screw and the assembly given by the kinematic coupling between motor and gearbox. It is thus subject to the axial load resulting from the screw rotating against the plastic material being processed. This prevents backward movement of the screw in the cylinder, absorbing the loads generated by the screw during the process. Figure 8 shows the detail of the thrust bearing inside an extruder gearmotor unit.

The heating bands keep the temperature of the material constant in a certain area of the cylinder.

An example of a heating band is shown in Figure 9.

The purpose of the perforated disc is to hold the filter pack in its housing. An example is shown in Figure 10.

The filter pack consists of a series of wire filters in the form of nets of different sizes, used to filter out any contaminants or unmelted resin particles before they reach the die, protecting it from damage.

Figure 11 shows an overview of the type of filters commonly produced.

The purpose of the die is to ensure that the heated material takes the required shape. In plastic extrusion plants, the most common types of dies are standard flat and conical. Figure 12 shows an example of a die for the production of technical profiles.

In the cooling chamber, the profile passes through a moving water bath or through a series of compressed air jets. This component may be equipped with reshaping systems to maintain allowance and shape retention requirements. Figure 13 shows a water bath cooling chamber with a proprietary extrusion anti-ovalization system.

Figure 14 shows a set of calibration plates with the cooling system.

The role of the component supplier

The design of a plastics extrusion plant requires a careful choice of kinematic couplings. R+W, a leading manufacturer of couplings and line shafts, offers its experience to the designer. In all those extruders where it is necessary to combine kinematic chain protection and vibration dampening requirements, R+W also provides a complete range of solutions for all transmission requirements such as ST series torque limiters.

Absolutely backlash-free, ST torque limiters allow the motor system to be protected in case of overload, disconnecting it from the driven part within milliseconds. Extremely accurate, they transmit torque with great accuracy and take action only when necessary. They also allow quick and easy re-setting as soon as the cause of the overload is removed.

PPI: A leap into successful technology